Like any professional athlete, weightlifter Emily Godley was determined to be in the best shape possible to take part in the 2020 Olympics in Tokyo.

Although Emily started the Olympic year with a knee injury, she was able to achieve her ambition thanks to treatment from Fortius Consultant in Sports Medicine and Rheumatology Jon Houghton.

Emily, who is 31 and lives in Devon, said: “I was in Australia for three years and picked up a knee injury there so I knew I would have to get it sorted when I returned to the UK. The injury wasn’t affecting everyday life but it was affecting my training. I was getting a sharp pain in the side of my knee especially when I tried to pull the bar off the floor. A vital part of my training was being impacted and I was struggling with the pain. I had a number of opinions and a scan in Australia, but none had identified or solved the problem. I had to avoid lifting from the floor completely which wasn’t ideal going into an Olympic year.”

A fellow weightlifter recommended Jon to Emily so she arranged to see him at Fortius Clinic in the City where she explained the problem in detail, was examined fully and her previous scans from Australia were reviewed. Jon felt that the previous diagnosis and scan reports were not accurate and following a joint consultation with his Fortius colleague and Consultant Knee Surgeon Sam Church they both agreed Emily was suffering from plica syndrome.

A plica is a fold in the thin tissue which lines the knee joint and in most people causes no problems. One of the folds, called the medial plica, can get irritated from an injury or through an increased amount of training.

Jon said: “We discussed the pros and cons of injection therapy or an operation to remove the fold of tissue but Emily wouldn’t have had time to go through the surgery, recover and get back into training and be at her best for the Olympics. So following a discussion between the three of us we agreed to give her steroid injections to reduce the inflammation and allow her to train to Olympic weightlifting standards.”

Emily visited Fortius Clinic City on several occasions in 2021 to receive injections which enabled her to do her blocks of training and become competition ready.

“I felt very looked after. Jon was in constant contact with me to see how I was feeling. I definitely wouldn’t have been able to get through those months without him,” said Emily. “As an athlete you create your own support team and Jon was very much part of mine.”

Emily went on to win 7th place in the Women’s 76kg event at the Olympics and was delighted with the result. She has since retired from competitive weightlifting and now works for British Weightlifting as a talent lead supporting new weightlifters. Although she still has her injury, it is not causing her as much pain as she isn’t doing the rigorous training she was previously.

“I know the option is there with regards to the surgery but I’ll see how it goes,” said Emily. 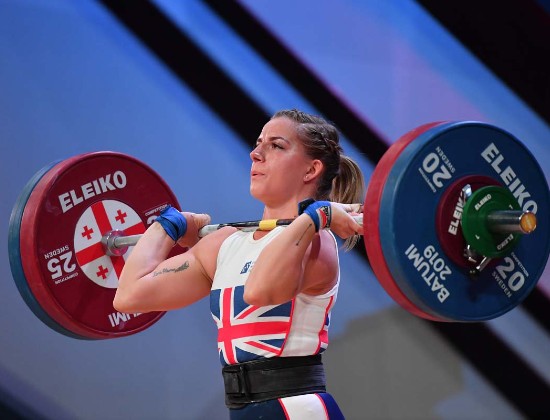 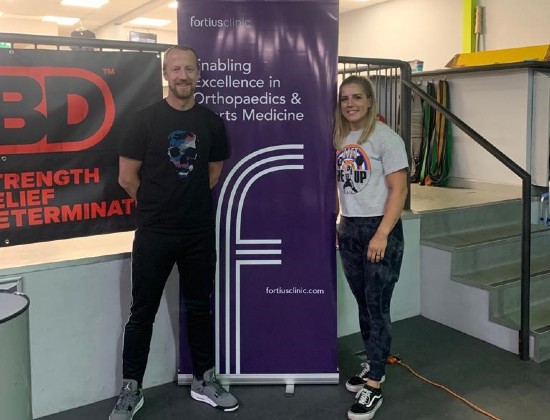