The evolution of running trainers

Running has been described as the most accessible sport; for that reason, it is the most popular and practiced worldwide. People of all ages and abilities run for a variety of good reasons, ranging from a desire to stay healthy, enjoyment or training for other sports or a running event. It’s important to have the correct running shoe to prevent injuries. Fortius Musculoskeletal Podiatrist Anne-Marie O’Connor discusses the different types of running trainers and when to wear them.

The last decade has seen an explosion in the number of people who run. Trend analysts have termed this current time in the history of running as ‘the second running boom’. The first running boom occurred in the 1970s and 1980s, initially in the USA and then globally.

There are a number of reasons for the second running boom, one being that there are more running events. Previously there were only marathons, now there are ultra-marathons, half marathons, 10k and 5k events weekly.

Beneficiaries of this second boom include charities who support running events and as a consequence increase their revenue, the sporting apparel market (mainly running trainers) and the sports injury clinics because of the increase in running injuries.

It is estimated that 70 per cent of runners training for a marathon will incur at least one injury during their training. Novice runners - and especially when their mileage has reached 40 miles per week - will make up the vast proportion of runners needing to seek medical help1.

In both sexes, the most common injury by far is to the knee1; typically, patellofemoral syndrome, commonly known as ‘runners-knee’.

The best way to avoid an injury is to prevent it. Choosing the most appropriate training programme is key, along with nutrition, recovery, flexibility and strength. Having the correct running shoe is also extremely important.

Today choosing the most appropriate trainer for the runner, the distance, foot profile, their running style and budget has never been more complicated because there is so much choice.

Below are the most popular categories of running trainers available:

Prior to the first running boom in the 1970s, running trainers were flat with minimal thickness in the midsole. The traditional running trainer was originally designed by a company called Blue Ribbon Sport in 1972 who designed the ‘waffle trainer’ with a small heel to make running more comfortable. It became the bestselling running trainer and the company changed its name to Nike, after the Greek goddess of victory. This marked the beginning of the running trainer evolution and the biggest sporting brand in the world.

More than 75 per cent of today’s runners who wear trainers typically rearfoot strike which means the heel contacts the ground first5,6. In traditional running trainers when the heel strikes the ground there is cushioning and/or support in the mid-sole of the trainer. If you are a heel striker when you run or use trainers for walking (we all heel strike when walking), this is the trainer for you.

This design of trainer also comes with ‘stability’ to suit the pronator - this is when the arch flattens from initial heel contact to mid-support. The material on the inside (medial) part of the trainer is dense so it compresses slower and reduces the speed of the pronation. The traditional trainer is well designed to help with this foot profile.

Minimal/race day trainers are the same design as the traditional trainer but are lightweight so the upper is usually made from a knitted fabric and the mid-sole is half the thickness.

Runners will choose this type of trainer for race days as it is much lighter which reduces the runner’s VO2 max (measurement of how much oxygen you breathe in while exercising as hard as you can) and therefore improves performance and enables a quicker pace.

As the design is aimed at the performance runner it is not recommended if you have an injury or are unaccustomed to a minimal trainer. Research has found vertical impact forces in this design of trainer were significantly increased when compared to the traditional version2.

Experienced runners using these trainers regularly were found to have adapted their Achilles tendon in size and stiffness to tolerate the increased load and could use this design with less risk of injury4.

The objective of a barefoot shoe is to protect the foot from lacerations and discomfort from sharp stones but promote a natural running style, making the muscles in your feet work harder than with the more supportive and cushioned shoes.

The first manufacturer to introduce this concept was Vibram in 2005 with their individual toe design and grippy soles, much like a glove for the foot (designed originally for kayaking). At the same time there was the Nike Free and the Newton shoe, all based on the same concept of moving back to our natural running conditions - let the foot do the work, not the shoe.

There are of course famous athletes who have been very successful running with no shoes. Abebe Bikila who was an Ethiopian marathon runner and won the 1960s Summer Olympic games in Rome. Twenty years later in the 1980s, South African born Zola Budd became known for her barefoot running. Both these athletes came from countries and traditions where running barefoot is a way of life and their physiology is well adapted to the impact.

As with minimal trainers it takes time for our bodies to adapt to an increase in forces and no support. Transferring too quickly into these shoes will lead to injuries8.

The trend towards running barefoot came from studies showing that traditional running trainers encouraged a heavy heel strike (breaking effect) even in runners who were natural midfoot strikers3.

This was followed by a trend for runners to move from being heel strikers to the more natural forefoot strikers. In runners who made the transition too quickly, there was an increase in calf/Achilles injuries and metatarsal stress fractures7.

In 2009, around the same time as the barefoot craze, there was still the interest in natural running but with less impact injuries.

With that in mind two French trail runners designed the first new generation maximalist shoe under the brand name HOKA .

The shoe has a rocker sole to accelerate the time the foot is in contact with the ground, minimal ‘off-set’ to encourage a midfoot fall but with a thick light weight cushioned mid-sole to reduce impact and the potential for injuries.

The shoe was initially popular with ultramarathon runners as they felt the rocker increased their speed but the cushioning properties reduced injuries.

It took a decade for the trainer to become mainstream and popular with all runners. Now nearly all brands will offer a maximalist trainer and it’s one of the most popular trainers today.

The thicker more cushioned mid-sole is a popular choice with runners with joint problems as there is 20 per cent more cushioning than in a traditional trainer, and various degrees of off-set so suit the heel strikers as well as the midfoot strikers.

Carbon plate within the mid-sole of a trainer

In May 2017 running trainers were in the news when Eliud Kipchoge wore a bespoke version of the Nike Vaporfly 4% trainers called AlphaFly. He broke the world record for running the fastest marathon. This trainer was a major innovation which helped the performances of athletes to sharply rise by using super reactive lightweight foam mid-sole with a carbon plate to project the runner forwards and help them run, as promised, 4 per cent faster. This type of trainer is the most expensive running trainer on the market.

Carbon technology is a firm favourite with runners of all levels and distances and today nearly all manufacturers make their own version of the carbon plated shoe.

There really has never been so much variety and choice of trainers, whether you’re running to get fit, keep fit, have fun with friends or break a world record. Whatever your age or biomechanics, there’s a trainer and event out there for you. 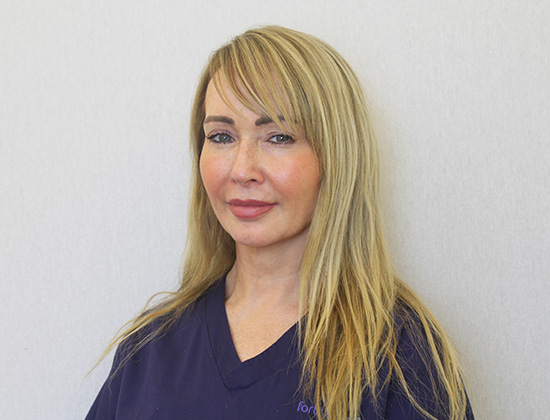