Little did 75-year-old Jeff Tetlow know that his robotic-assisted knee replacement would be a cause for celebration.

Jeff was the 600th patient to be treated on Stryker’s replacement MAKO robotic arm at the Fortius Joint Replacement Centre at Cromwell Hospital.

He said: “I discovered that my surgeon and his team were having a bit of a party outside the operating theatre after my operation. I asked if I could join in with the celebrations but I wasn’t allowed given I’d just had my surgery!”

Jeff’s surgeon was Fortius Consultant Knee Surgeon Jonathon Lavelle who has been using the MAKO since early 2019.

Jonathon said: “This highly advanced robotic technology has transformed the way knee joint replacement surgery is performed. It not only improves accuracy but the patient has a shorter recovery time and can get back to normal activities faster."

Jeff, who lives in Dulwich, South London, had had a problem with his knee for at least two years and following various scans at Fortius Clinic in Marylebone was treated initially with injections.

However, following an active holiday in Chile, his knee became much more painful so Jeff booked a consultation with Jonathon and had imaging which revealed he had arthritis. Jonathon recommended a partial knee replacement.

He said: “The arthritic damage was present in the medial compartment only and therefore a partial rather than total replacement was a suitable option.”

Despite having to live with some discomfort, Jeff initially postponed his operation because of the risk of catching COVID-19 in hospital.

But then earlier this year, with signs that lockdown restrictions would be eased, he went ahead.

He had his operation at the end of March at Cromwell Hospital. He used his private medical insurance and had a brief stay in hospital.

He said: “I walked down to theatre at 9am, was in recovery by 11am and then by mid-afternoon the physiotherapist had got me out of my hospital bed and I was weight-bearing immediately. I didn’t really feel any pain at all. I was on drugs to control it for the first 2-3 days but since then I’ve only had to take painkillers intermittently.”

Jeff is still having physiotherapy but is making a strong recovery and will be back to playing golf in a few weeks.

He said: “Clearly Fortius has got a lot of great consultants. My first experience with Fortius was some years before this when I had sciatica and went to see Consultant Spinal Surgeon Damian Fahy who cleared up the problem completely. And now Mr Lavelle has fixed my knee. My stepson is also a consultant there specialising in pain medicine and knows the anaesthetist who did my knee – so I have lots of connections to Fortius.” 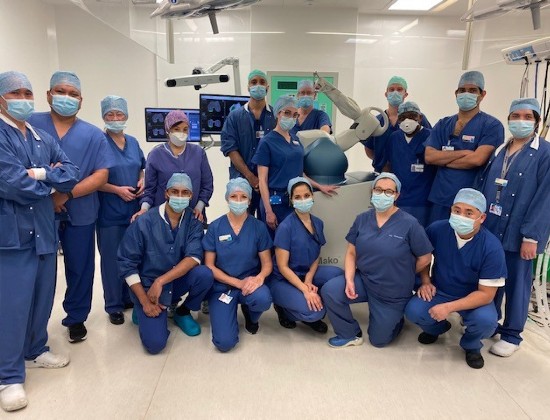 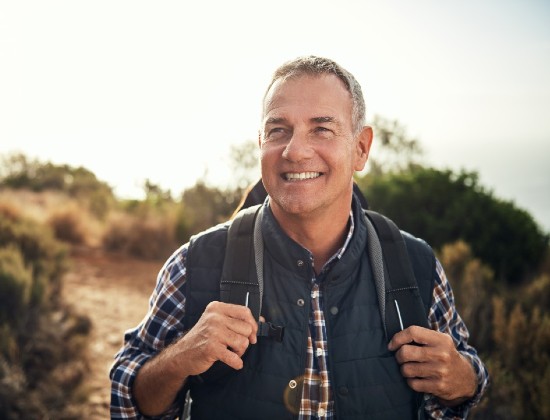