Walk it off: turn your daily commute into a workout

If you’re thinking about plunging into a fitness regime, you may be put off by many factors – from the assumed cost of new equipment, kit and gym fees, to the worry that you’re going to make a fool of yourself returning to sporting activity after so many years. Maybe what you need to do is walk before you can run.

Research has demonstrated that regular walking acts as a modifier to your nervous system – so much so that it can decrease negative feelings, such as anger and hostility. Walking with other people – or simply nodding at other people in recognition as you go about your business – also results in an increase of feelings of positive energy.

A study conducted by staff at Chicago’s Saint Xavier University backs this theory up. Over a hundred students watched videos about architecture and art galleries while walking on a treadmill, standing still on a treadmill, or sitting down, and were then asked to rate their mood. While the experiment was conducted indoors with zero human interaction, the students who were walking registered the highest positive mood.

An aid to creativity

A 2014 study by staff at Stanford University found that walking both indoors and outdoors boosted creative thinking. What’s more, the environment had nothing to do with it: study cases in one experiment were asked to face a blank wall while on a treadmill, and they still produced twice as many creative responses than those who had been in a sitting position.

A 2015 study from the London School of Economics and Political Science utilised data from the official health surveys over a 13-year period, in an attempt to determine which type of physical activity is the most effective in losing and maintaining a healthy weight. Comparing BMI and waistline measurements, the study concluded that people who indulged in brisk walking had a lower average weight compared to those who focussed on other exercises and sports.

A boost to the digestive system

A 2008 study from Germany concluded that a post-meal walk – as short as 15 minutes – greatly aided the digestive process. Another study published in 2009 discovered that a 20-minute after-dinner walk had a significant lowering effect on blood sugar levels amongst people with Type 2 diabetes. The reason for this? Researchers believe that a post-meal walk helps direct glucose towards the muscles, instead of staying in the bloodstream.

The great thing about walking is that, in this case, the journey really does begin with a single step. If you can physically walk to work or school (or the shops, or wherever you need to go), it doesn’t take much in the way of motivation or equipment to actually try it. If your destination is too far away, try parking in a different spot, or get off the bus or tube at an earlier stop. 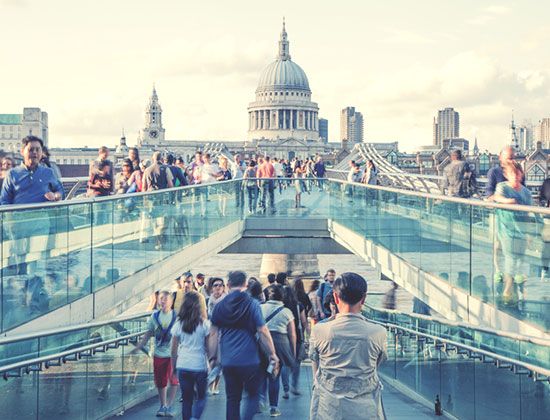