Rugby Players Association founder and Chief Executive Officer Damian Hopley has been treated by Fortius Clinic consultants so many times he refers to himself as a Fortius frequent flyer.

“I’ve been going to Fortius for years, it’s a tried and trusted place and sort of like top trumps in the orthopaedic world. If anyone calls me about recommendations for treatment, I always say there’s only one place to go and that’s Fortius. It’s makes so much sense to have this hub of experts all in one place and you know you are in good hands.”

52-year-old Damian, who lives in Fulham, South West London, badly damaged his right knee when he was captain for England sevens in a game in Hong Kong in 1996. Unfortunately the knee injury would end his rugby-playing career.

Damian said: “It was a significant knee injury. I damaged my anterior cruciate ligament, my posterior cruciate ligament and my lateral meniscus. I went to a surgeon who was recommended to me who wasn’t very good. So after a couple of botched operations I had a revision ACL reconstruction performed by a London surgeon which is still intact today. The knee is ok but I had to retire from rugby at the age of 27 which was a heart-breaking experience.”

Damian has managed his knee reasonably well over the years and had an arthroscopy at Fortius Clinic around 10 years ago. Being mobile and active is very important to Damian and although he was able to ski on it, the knee began to niggle and become painful. He spoke to Jonathan Webb who recommended injections to calm the knee down and then in 2019 suggested Damian have a keyhole arthroscopy to remove loose cartilage in his knee.

Jonathan said: “I played with Damian back in the early 1990s and we worked closely together on the RFU council for years. Damian told me that this would be his 13th operation on his knee but I know how active he is and keen to remain healthy so this was the best option for him and would reduce the pain he was experiencing.”

Damian had his operation at the Fortius Surgical Centre and returned home the same day. He had physiotherapy afterwards and was then able to resume his normal activities.

“It’s now about managing my knee which I’ve done for a long time so I know what works and what doesn’t. I can’t run and have to keep to low impact exercise but I can do cycling, golf, HIIT and Pilates – all these things are good for me and they work,” said Damian. “The knee saga is by more means finished but with conservative management and treatment it’s doing ok so far.” 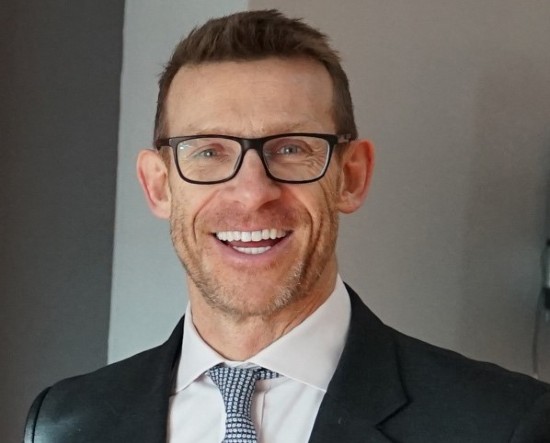