Putting up a fight: the top 5 boxing injuries

While we’re all aware of the dangers of head injuries in boxing, it’s worth examining the other, more common injuries:

Arthritis in the hand

An estimated 500 to 600 punches can be thrown in an average twelve-round professional boxing match, with 30 to 40 per cent hit rate. The amount of punches thrown during training is considerably more, with an understandably higher hit rate. Naturally, vast amounts of repetitive stress concentrated on one part of the body is almost guaranteed to have a long-term effect, and many retired boxers suffer from osteoarthritis – particularly in the hands, with swelling in the finger joints and deterioration in the cartilage which surrounds them.

The boxing fraternity is coming around to the idea that heavy bag training is a contributory cause of hand arthritis down the line, so if you’re becoming over-reliant on this piece of equipment, it might be time to change your routine.

This is a common injury among boxers (as well as MMA athletes), which occurs when the humerus bone (the long, upper section of the arm) separates at the glenohumeral joint from the scapula (the shoulder blade). It’s characterised by extreme shoulder pain, and a change in the appearance of the shoulder from its natural rounded appearance to a squared-off look.

There are three variations of shoulder dislocation, the most common being an anterior dislocation, with a forward separation of the humerus. However, there is also a risk of posterial dislocation, where the humerus bone is forced backwards. In extremely rare cases, Inferior dislocation can occur – hyperextension in the upper limb when under resistance, which can lead to ligament damage.

This is a condition which causes a lump on the back of the hand, located at the junction of the finger bones and the wrist bones, caused by poor punching technique or a simple knock to the back of the wrist. It’s an ailment which can put the brakes on a boxer’s training schedule in the short term, but it can also lead to arthritis in the long term, thanks to the thinning of the articular cartilage lining which encourages bone spurs.

Wrist sprains are a common complaint in boxing, but so are ankle sprains – due to the necessity of planting the feet and straining the lower body in order to put as much power behind a punch as possible.

Although boxing is viewed by experts as one of the safer sports for knee injuries, there is still a risk, due to twisting and impact caused by to slipping and falling. It’s not a habit any boxer wants to have to deploy, but knowing how to fall when necessary is advisable. 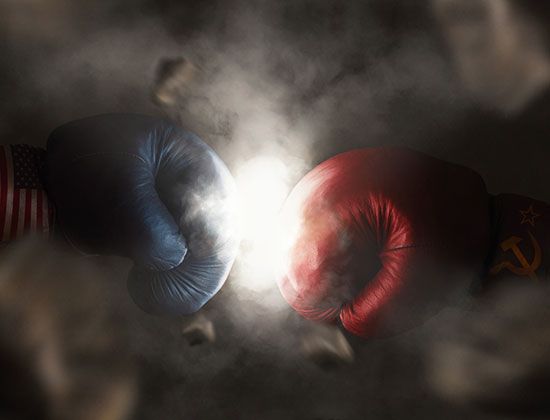