I first visited the Fortius Clinic in January 2017 after being referred by my private medical, due to suffering from a clicking sensation in the back of my knee. Whilst running one morning, my right knee gave way resulting in a large swelling to the back of my right knee. I consulted by GP who in-turn suggested that I see a knee specialist for a specialist opinion. Up until this point I was an active family man practicing and teaching martial arts three to four times a week with two year old twins who were enough to keep anyone busy. Overnight any physical activity from running to even chasing around after the kids meant that my knee clicked and finally swelled causing severe pain.

I wanted to feel listened to

At the Fortius Clinic I found a group of professionals who listened to my problem, addressed them quickly and at the same time showed genuine concern for my well-being to a condition which in their own words “is far from the normal”.

Through a series of MRI`s, X-rays and hands on treatment I was diagnosed with having a rare condition called Fabella Syndrome. According to Fortuis Clinic they had only seen one of these cases before but were confident that my condition could be treated successfully.

After a series of meetings with Jonathan Houghton and the surgical team, a decision was taken that the best course of action was to proceed with surgery, however given the procedure and what was involved there was a very high chance that I would suffer some sort of lasting side effects from the procedure.

Through meetings with the surgical team and discussing my options further with Jonathan I decided to proceed with the surgery despite the risks involved. The reason behind this was due to the confidence and support that Fortius Clinic gave me.

The surgery was now three months ago and despite the high chance of side effects, none occurred.  Through a series of physio treatments I have finally now been cleared to start running again and have also been able to start practising martial arts. 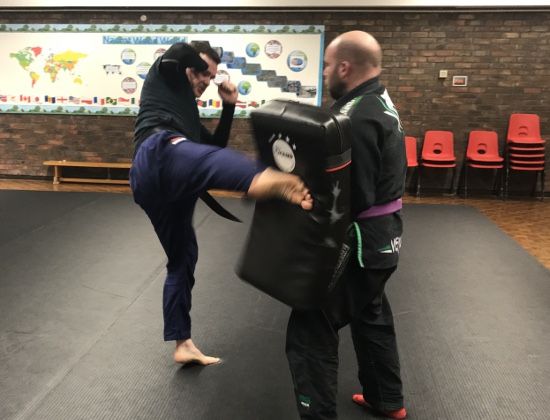 I still have a long way to go to full recovery but I know without the high level of professionalism from the nurses, anaesthetist, surgeons and especially Dr Jon Houghton I would have been in far worse place still suffering from my condition.