If a triathlon isn’t enough: the rise of endurance events

First there was the marathon. Then came the triathlon. And after that, the Ironman triathlon. And this decade has seen an explosion of new and ever more gruelling endurance events. There’s the Tough Mudder and the Warrior Dash, both insanely punishing global series of extreme obstacle courses. There are now super-charged marathon events, such as the Jungfrau Marathon – a mountain climb of up to over 1,800 metres – and there are classic punishment races like the Dipsea Race, a short yet treacherous affair which mixes in stairs, mud, hills and ravines.

Why have these events become so popular? Simple: because people who have already pushed themselves into completing marathons thrive on being pushed even harder. Factor in the perceived (and real) danger of these new events, and it’s the natural progression for a group of people who are highly competitive.

Here’s how to keep yourself safe while training and partaking in events such as these:

Head over heart every time

There are many reasons as to why people indulge in extreme endurance events, but one the main reasons – if not the reason – for getting involved is the natural rush that gets triggered when the dopamine levels are activated. As we all know, as time goes on and you climb the endurance ladder, it takes more to achieve that psychological and biochemical plateau, so you push harder.

Couple that with the ultracompetitive environment of the extreme endurance world, and it’s very easy to convince yourself that it’s time to take your body to the next level. It’s also a very dangerous state of mind. Breaking psychological barriers is one thing, but your body can only take so much. If you’ve got to the Tough Mudder/Jungfrau/Warrior Dash level, you’ve presumably already racked up a huge amount of experience in processing the messages your body has been sending you and working out which ones to ignore and which ones to take notice of – so the rule of thumb should be ‘if in doubt, rule yourself out’.

An obvious point to make, but worth repeating. Too many people mistakenly equate extreme endurance with extreme training, either by ramping up the sessions or pushing yourself harder, but this is not the case. In most instances, particularly in the obstacle-based events, it’s a matter of amending your regime to ensure your upper-body strength is up to par.

While preparing for extreme running and cycling events, the temptation to overdo it in training is equally strong. You are strongly advised not to give in to this: avoid excessive over-training situations such as excessive work on hills, extended distances, or overdoing it on rough terrain. Make sure you don’t rapidly progress through your training plans and take on more than you can handle, and ensure that you’re properly adhering to a rest and recovery regime.

Take note of the conditions on race day

Even when you’ve diligently followed a training schedule to the letter and have smoothly worked yourself up to optimum condition for a PB, things won’t necessarily go to plan. If the weather’s too hot or humid, you can forget the PB: you’re strongly advised not to push yourself through the unfavourable and possibly dangerous conditions.

In a study published this April in the Journal of Orthopaedic Surgery and Research, it was observed that injuries tend to increase during the event rather than training as athletes succumb to the urge to push themselves beyond their limits in the heat of the competition. 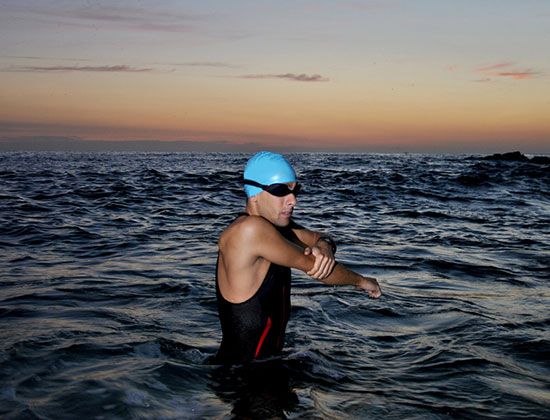