We’re all aware that exercise has beneficial properties for our organs, our fitness and even our state of mind, but research from the University of North Carolina indicates that it can even improve the state of our bones.

The study, published in the Journal of Bone and Mineral Research, demonstrates that a regular exercise regime also burns the fat found within bone marrow, offering evidence that it improves bone quality and the amount of bone in a matter of weeks. Not only that, but the study – performed on mice – claims that people suffering from obesity (who often have worse bone quality than their slimmer counterparts) may derive even greater bone health benefits from exercising.

In addition to its implications for obesity and bone health, the research team claimed their findings could also help illuminate some of the factors behind bone degradation associated with conditions like diabetes, arthritis, anorexia, and the use of steroid medications.

We may see the bone structure and the marrow within as something that grows to a certain extent and then deteriorates, but there’s a lot more going on than you may think. Marrow in particular works overtime, coordinating the formation of bone and cartilage while simultaneously churning out blood cells, immune cells, cancerous cells, and fat.

But the study sheds new light on the function of marrow fat. Previously, it had been thought to comprise a special fat reserve that was not used to fuel energy during exercise, in the way other fat stores are used throughout the body during exercise. The new study offers fundamental insights on how marrow fat forms and the impact it has on bone health.

The research programme involved the study of two groups of mice who were one month old. One group was fed a normal diet, while the other received a high-fat diet. When they were four months old, half the mice in each group were provided with a running wheel to use whenever they liked for the next six weeks.

The researchers analysed the animals' body composition, marrow fat and bone quantity at various points. As the researchers predicted, the mice on the high-fat diet started with more fat cells and larger fat cells in their marrow – but after exercising for six weeks, both the mice on the high-fat and the lean diet demonstrated a significant reduction in the overall size of fat cells and the overall amount fat in the marrow.

A more surprising development was the dramatic difference in the number of fat cells present in the marrow – which showed no change in lean mice but dropped by more than half in obese mice that exercised compared to obese mice that went without a wheel. The tests also revealed that exercise improved the thickness of bone: an effect that was particularly pronounced in obese mice.

According to the research team, the results prove that marrow fat can be burned off through exercise, a process that is enormously beneficial for bones. However, the exact relationship between burning marrow fat and improving bones is yet to be determined – something that the research team hope to discover in the near future. 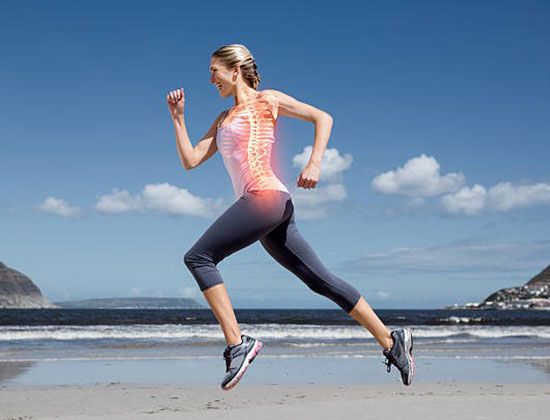