Exercise and the feel-good factor

Exercise euphoria. The runner’s high. Healthy body, healthy mind. The positive benefits of exercise on mood have long been understood and recently there has been a raft of new studies published that further highlight the exercise feel-good factor.

Cycling to work could make your day less stressful

According to researchers at Canada’s Concordia University in a report published in the International Journal of Workplace Health Management last month, leaving the car at home and taking to two wheels can have a beneficial effect on stress in the workplace.

The study – which commissioned a survey of 123 people who worked for the same company – investigated the commuting habits of the group and collected data on their perceived stress levels and mood. The results? Compared with the staff members who used the car, those who cycled to work reported much lower stress levels. Interestingly, those who used public transport to work had the same levels of stress as their car-driving counterparts.

Exercise does your brain a power of good

There have many studies on the impact intense exercise has on mood levels, but research carried out by scientists at the Center for Neural Science at New York University has gone deeper – to investigate the neurobiology that underpins the mental effects of a good workout.

The review focused on the effects of a single hour-long session of aerobic exercise and examined information from brain imaging and electrophysiological studies. It discovered that physical activity may protect against neurodegeneration and other aging-related forms of cognitive impairment. The studies also revealed a dramatic change in neurochemical levels, which includes an increase in levels of dopamine, epinephrine, norepinephrine, and serotonin.

Even a leisurely walk can boost mood and psychological well-being

Those looking for something less intensive, a report from the University of Connecticut states that a simple, leisurely walk can improve mood and boost subjective well-being – particularly amongst adults who live a traditionally sedentary lifestyle.

Furthermore, the benefits of physical activity were discovered to vary depending on the level of intensity. Those who indulged in moderate-intensive activity (which was defined as walking a mile in 15 to 20 minutes, with a slight increase in heart rate, breathing and sweating) fared better than those who partook in light-intensive activity (defined as a leisurely walk).

How can exercise improve body image?

A study from the University of British Columbia set out to investigate the effect of a single 30-minute bout of exercise on the bodily self-perception of 30 women, compared to a group of 30 women who spent that time sitting and reading.

The researchers evaluated the women's ‘state body image’ – how someone feels about their body at a specific moment in time – as well as how they felt about their general fitness, physical functioning, and ability to perform specific tasks. There was also an evaluation of the participants' physical self-perception and affect.

The results determined that the women who worked out improved their body image significantly, compared with those who did not exercise – an effect which lasted for a minimum of 20 minutes after exercise, due to the women seeing themselves as ‘stronger and thinner’.

So, next time you’re desperately coming up with excuses not to exercise, remember that the benefits extend far beyond physical wellbeing. 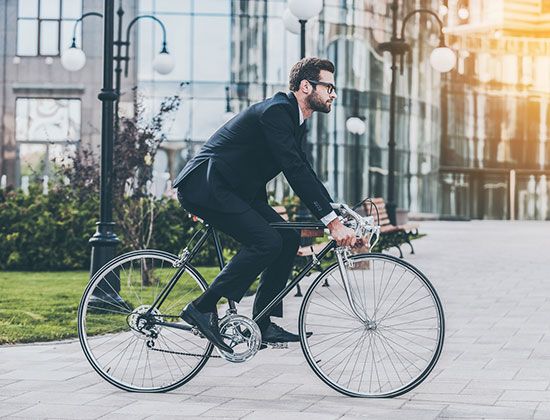