Fortius Consultant Knee Surgeon and former England Rugby fullback Mr Jonathan Webb had a similar experience to some of his patients when he had robotic total knee replacement surgery.

Jonathan, who played for England while he was training to be a surgeon, tore his cartilage over 20 years ago in a game for Bristol against London Irish.

He said: “I can remember the game. It was a very innocuous injury – a tackle and I twisted my knee. I felt the pain but didn’t think much about it and carried on playing. Then my knee started locking and jamming to the point where it locked completely and I couldn’t walk, never mind play rugby.”

Jonathan had a meniscectomy which solved the problem until about 20 years later when he developed osteoarthritis in his knee. This was not only painful but meant he couldn’t bend or straighten his knee properly which made certain activities difficult such as sitting in a narrow seat at a sports stadium.

Jonathan knew the time had come for a total knee replacement and so asked his colleagues at Fortius - Consultant Knee Surgeons Mr Jonathan Lavelle and Mr David Houlihan-Burne – if they would perform the operation using the Stryker Mako robotic assistance system.

This latest cutting-edge technology has transformed the way hip and knee joint replacement surgery is performed and revolutionised the accuracy of certain operations. It allows surgeons to have a more predictable surgical experience and increased accuracy as well as improving the quality of care for patients. Surgery with the Mako system means patients have quicker recovery times, shorter stays in hospital and reduced post-operative pain.

“I’ve known Jonathan and David for a long time. Their quality is unquestionable, they are both great surgeons but also great communicators. I knew I couldn’t be in better hands and felt very confident and reassured that the outcome would be the best it could be,” said Jonathan.

Jonathan had the operation and the following day was able to straighten his knee which he hadn’t been able to do in years. He went home the day after and worked hard with the physiotherapist to build his strength back up. Two weeks later he was driving, four weeks later he played 2 holes of golf with his son and six weeks later he was back at work on nearly a full-time basis.

He said: “It’s now over 12 months and I am pretty much back to normal. I can push leg weights in the gym and hiking and cycling don’t cause me any problems. In summary having the surgery has changed my life!” 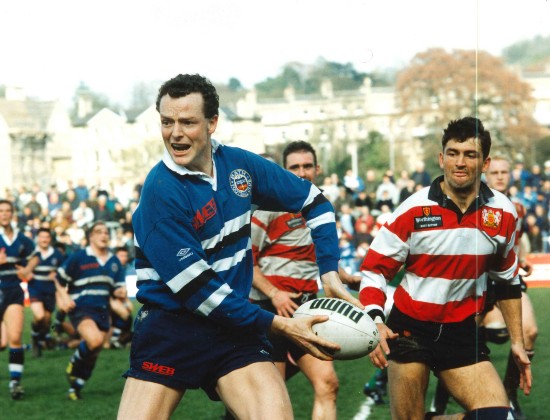 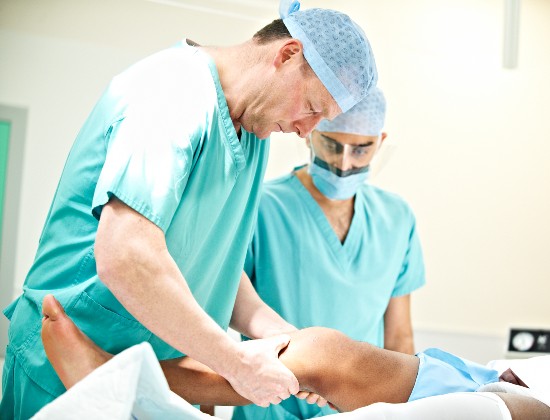