Could a new knee be grown from your nose?

We’ve become used to surgeons taking tissues from one part of the body and using it elsewhere. In fact, grafting has been around since the sixteenth century, when Italian ‘barber surgeons’ attempted to treat people suffering from facial disfigurement by fashioning a new nose from a flap of skin from their arm – involving the wrist being bound to the patient’s head while the graft attempted to ‘take’.

Medical science has advanced at a tremendous rate since then – thankfully – and a recent breakthrough from the University of Basel in Switzerland has raised the possibility that new knee cartilage could now be grown from your nose. According to an article in The Lancet, ten patients with chronic knee injuries have already undergone a procedure where cells from the cartilage in the nose was extracted and used to engineer new cartilage to repair the damaged knee – and nine of them have shown a major improvement in quality of life and movement.

Not to be sniffed at

The ten test subjects – eight men and two women – each underwent a procedure two years ago which involved the removal of a quarter-inch wide sample of cartilage from their septum. These samples were then treated with a ‘growth factor’ which developed the cartilage cells to multiply and grow, eventually forming a rectangular patch big enough to be cut into shape, and then fitted to replace the damaged cartilage.

Ninety per cent of the test group reported an improvement across an age range of 19 to 52 (the tenth person’s procedure was excluded, as he had suffered other sports injuries). As you’d expect, these results could be of great interest to the estimated nine million people in the UK who suffer from osteoarthritis.

The cartilage in the knees is unable to self-heal (as it doesn’t receive its own blood supply), so osteoarthritis sufferers typically experience growing discomfort and loss of mobility over time. Eventually, many become candidates for joint replacement surgery with artificial prostheses made of metal or plastic.

However, there has been a marked growth in patients experiencing cartilage deterioration at a younger age and a joint replacement prosthesis usually has a shelf-life of approximately 20 years. The ability to ‘regrow’ or replace damaged cartilage could be a more viable option for these younger patients.

A possible ‘cure’ for osteoarthritis

It goes without saying that it’s still very early days for this procedure. While the results of the phase I study show the approach is feasible and safe, there is still a long way to go before such a procedure can be approved for routine use with patients.

The Authors note that the observational study only involved a small number of patients, there was no control group, and the follow-up was quite short. Randomized trials - with longer follow-up – will need to be conducted, that compare the promising treatment with conventional alternatives.

However, there’s no doubt this is a very promising start for a procedure which represents an important advance towards less invasive, cell-based repair technologies for articular cartilage defects. 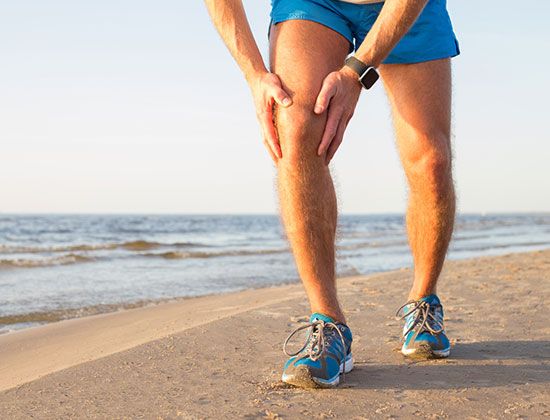